What the critics say…

What the critics say… 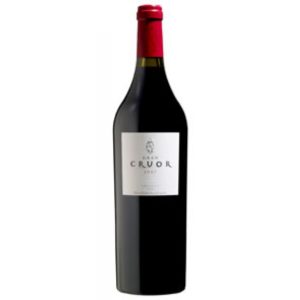 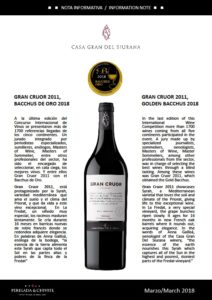 – Casa Gran del Siurana’s Gran Cruor 2005, with a score of 94 points, is the best Spanish Syrah according to the Guía Peñín 2010. This result was advanced in the September 2009 issue of the magazine Sibaritas, whose cover report analyzed the Syrah wines that have scored more than 91points at the tastings. The Peñín Guide to Spanish Wines is the most sold and the most influential wine guide in Spain. No other Syrah wine has reached the 94 points scored by Gran
Cruor 2005. It is also remarkable that the vintage 2006 is the second best wine in the ranking with a
score of 93 points:  “One of the kings of Spanish Syrah wines (…) is Casa Gran del Siurana’s
Gran Cruor (Priorat), which appears twice in the ranking: 2005 vintage is in the lead with a score of
94 points, while the 2006 vintage has reached 93 points”.
• “From an atypical (for the area) and substantial Syrah, Gran Cruor was born (Cruor means
“tears of blood”) – three thousand bottles that bring tears, but of joy.”
Vino + Gastronomía (Spain), 2007
• “The minerals appear with all the class of a great wine from the area, and its finish is long.”
Vivir el Vino 2008 (Spain)

About the Author: Renate